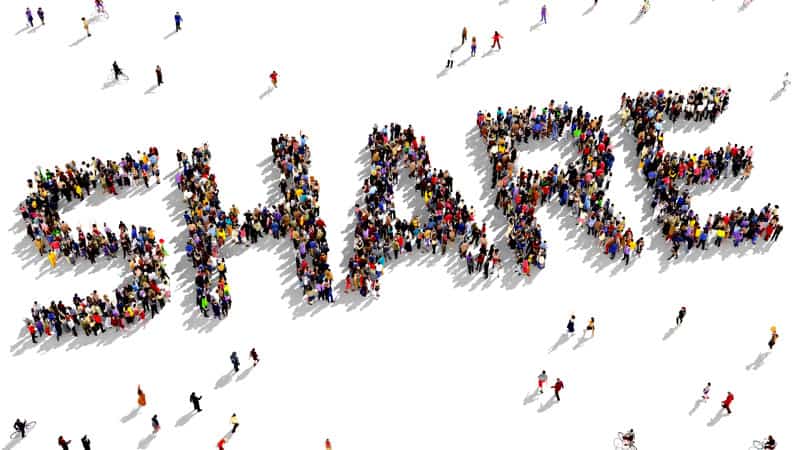 To fully understand the concept of a shared economy, you need to view it through the lens of optimal use of the available resources (Sharing space). Your first space is hopefully your home. If you are a service industry worker, your second space is likely to be your company’s office.  You are now increasingly likely to do work in a third place, or a whole range of third places. This could be a coffee bar, a hotel, a park or a train – a shared, social space.

The sharing economy -is an economic model defined as a peer-to-peer (P2P) based activity of acquiring, providing or sharing access to goods and services that are often facilitated by a community-based online platform.

The ‘Sharing Economy’ – sometimes also referred to ‘Collaborative Consumption’, or ‘the Access Economy’ – represents an economic revolution built around an economic philosophy that space and capital goods are better shared. The concept of the sharing economy started to emerge in the early 2000s and has been applied in most developed countries.  For example; USA and China which are characterized by high consumption rates. This signifies a rigorous competition for the available resources and the need to devise new methods on how to ensure equitable distribution amongst the general public. This has been addressed through the provision of systems that embrace innovations. The best-known examples are Uber and Lyft, Airbnb, WeWork and Zipcar.

For developing countries like Uganda whereby most people have not yet advanced to the use of digital tools, leaves this whole analogy of sharing economy a virgin territory that can be exploited. Africa is no longer a “dark continent” ever since  Mo Ibrahim dared to set up a telecommunications company at a time when most people in Uganda didn’t have either access to mobile phones or money to pay for the call bundles. If you were born before the 1990s, you probably understand the joy brought when Celtel came into the market. More opportunities can be created in this shared economy especially real estate in areas of hospitality, office space and retail space.

The Real estate industry is regarded as one of the most rigid sectors that hasn’t changed much in the fourth Industrial revolution of IoT, unlike the finance industry which has been massively disrupted by the FinTech innovations. Despite the introduction of blockchain, database systems and online booking platforms, the system doesn’t seem to have made any difference as people still prefer to rely on the services of real estate agents (Brokers).

However, with the emergence of PropTech, there have been gradual changes that have revolutionized the hospitality business, housing rentals and led to the birth of new trends such as; co-working and co-living.

A clear form of expression of the shared economy in hospitality space is, of course, Airbnb, which was launched in the autumn of 2008 at the peak of the global financial crisis. Its founders, Brian Chesky and Joe Gebbia, who had both recently graduated from the Rhode Island School of Design, we’re unable to find a job. When an industrial design conference came to town, they realised a commercial opportunity to make extra money by taking in a few boarders who were coming to the conference but did not want to pay for an expensive hotel. So they built a website, bought some air mattresses, and played host to three people for the weekend.

Now we can understand why everyone is renting with their own home space on Airbnb, even without the common middleman (broker), to earn an extra dollar from the unused homerooms. With this trend, short term renting has been made easy. For example, I can travel to Jinja for week’s workshop and instead of sleeping at the hotel, I can opt to sleep at Wasswa’s place (a stranger) at a discounted fee. And I can still have a wonderful experience. and Wasswa is able to earn an extra income. Another example; Kato stays in China but he has a home in Mbarara and Wakiso which are fully used. He can decide to rent out some rooms in his houses which are not in use to earn an extra income from foreigners who may jet into the country to either tour around or for diplomatic reasons.

The best reward from this sharing economy is the ability to link demand to supply. You quite know well that it takes time for property broker/owner to find a potential and willing tenant and the same can be said for when you are looking for the right house to rent due to insufficient information between both parties.

Another outcome is co-living. Co-living is a new kind of modern housing where residents with shared interests, intentions, and values share a living space where they’re almost like a big family. Co-living is built on the concept of openness and collaboration, with the residents often sharing similar philosophical values. And a combination of factors has led to an interest in this type of living space, including a lack of housing opportunities, the cost of independent accommodation and raising finance to purchase, plus a growing interest in lifestyles not dependent upon long-term contracts.

I recall vividly, two years back, Anthony a Friend of mine referred me to a colleague who wanted a partner to stay in an apartment which contained two bedrooms, a kitchen and a bathroom. The agenda behind this is rent sharing. And most of this applies to young people especially University students who are not yet financially stable to afford a whole unit. But this method can still be cost-saving. I know of an old man in Kikoni, Makerere who has turned his own home into a home for students that can’t afford to leave the place even after graduation. His main bungalow, flat and other semi-attached houses are always occupied year in and year out and even the garage was turned into a room. This old man is earning his residual income and this shows some of the benefits of a sharing economy in Uganda.

The third place (or third space) is the social space separate from the two usual social environments of home (‘first place’) and the workplace (‘second place’). Examples of third places are environments such as cafes, clubs, public libraries, or parks.

Optimising workspace is a second example of the shared economy being applied to real property. Co-working is built on the opportunity to create third places which support collaboration by workers from different backgrounds to encourage knowledge-sharing, innovation and user experience. For example: at Aderok Real estates, office space is shared with another quantity surveyor. This doesn’t only apply to office space but retail space. In Kisenyi, a city suburb, most retail traders especially those selling agricultural products prefer to share space to overcome the high rental charges.

Today, most people have turned their homes into workplaces to levy the daunting monthly rent off their balance sheets. Talk of organizations and hubs like  Kafeero Foundation Innovation village and which provide workspaces to young developers and start-ups. As of now, a new facility is being constructed at Nakawa Business school, fully funded by the Ministry to ICT to provide free workspaces for various startups.

Could this be the reason why most office spaces in malls and urban places are still vacant? The truth is that the rent paid for a space near or around the CBD is extraneous compared to the turnover of the business unless it is an established and renowned organization or government firm. For SSMEs, co-working would be the best option at the moment to overcome the overwhelming operational costs to keep in business.

Are Gated Communities Welcome To Uganda?

What are gated Communities first of all? Gated communities are housing properties established in a setting in which public or non-residential access is restricted usually by; a gate, fence, wall and or security guard (s)....
Read more
20/12/2018

Why buying Estate Plots Is The Best Way To Go

Buying a plot has never been easy. One morning,  I went out to buy my very first plot with two friends. Of course, the excitement of a dream come true was not only felt, but...
Read more
31/10/2017

Challenges Of Dealing With Brokers/Agents around Kampala

I casually decided to take a leap by randomly throwing around this question “Tell me your experience with brokers when looking for a house i.e. how you were treated and how u would differentiate a...
Read more

Wow! I did not know we have Uganda thinkers who regard such new models of economy as worth exploring. I love your article. I thought i was alone but i see; there are always good people around. If you love sharing economy, then i know you are a good person. Thanks